There are many stunning textiles workshops in Gujarat. Here are some photographs.

The first are of the famous  patola of patan. The cloth is double ikat, making it wearable on both sides. This time-consuming process takes many months to complete as it involves dying both warp and weft in intricate patterns. 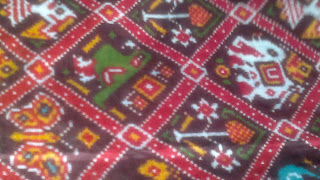 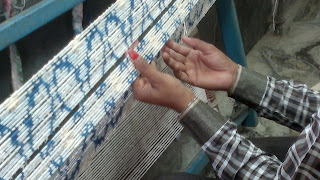 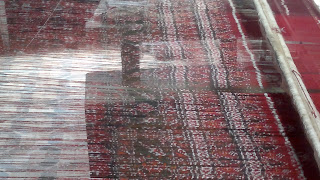 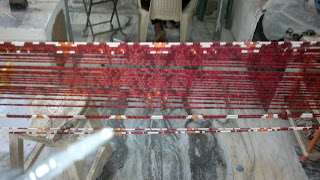 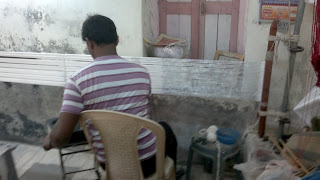 And then there is mushru cloth which is a satin weave on cotton base. Here are some photos from a mushru workshop near Patan. 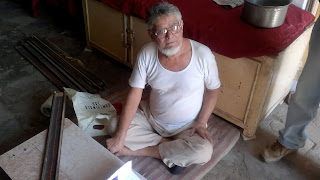 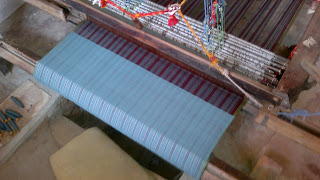 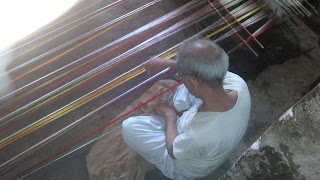 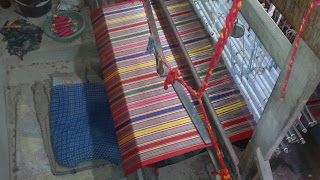 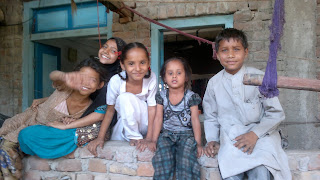 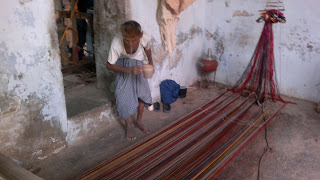 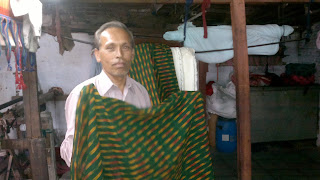 Posted by ahmedabad travel at 02:02 2 comments:

Hi, my name is Johnny and I'd like to tell you about my city, Ahmedabad.
My city was founded by Sultan Ahmedabad Shah in 1411. Here is a nice and small story about my city.

When Sultan Ahmedabad was passing with his army near the river side he decided to have a rest.
And when he was resting in his tent he saw that rabbit was chasing a dog.
And the Sultan thought "if animals are so brave what about people?"
Sultan Ahmedabad went to his teacher.
His teacher's name was Ahmead Shah Khattu and he was a Sufi Saint.
Ahmead Shah tells him the story about the dog and the rabbit and he says "I love this land. It is very flat land. And I love to make my kingdom here."

Then his Teacher told him "you have to find four people named Ahmead.
Those you never miss the names in their life and are very kind and generous.
First Ahmead was Sultan Ahmead Shah
Second was his teacher Ahmead Shah Khattu
And after that two more Ahmead came and put the foundation stone. After this four Ahmead over city known as Ahmedabad.
Posted by ahmedabad travel at 23:09 4 comments:

I've been taking people to the sun temple for many years. Normally we do a day trip from Ahmedabad. First we go to the temple, then we can go to Patan which has a beautiful raniki wav 1022AD. In Patan if you are interested in textiles you can visit the patola and see the mushru fabric. If you are more interested in architecture we can visit Sidpur which has beautiful old houses built of bricks with Indian and English influences. 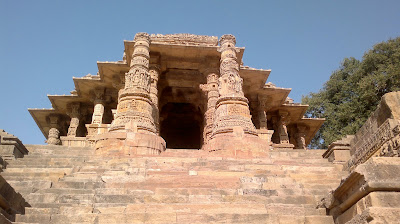 Sun Temple was built in 1020AD and is divided into three parts. The first, jalkund has 108 small temples because rosaries have 108 beads. The second part is shabamandab. This has 52 pillars inside it and each pillar tells you a different story about Hindu legends of Ramayana and Mahbharat. The third part is the temple. Inside the temple there used to be a big gold statue which had a large diamond on the headcrown. On two days each year - 21st March and 23rd September (spring and autumn equinox) the first sun sign would strike the diamond throwing out a huge light. 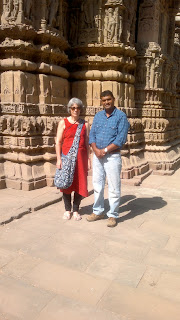 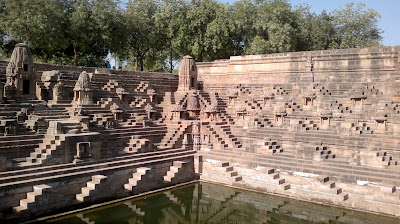 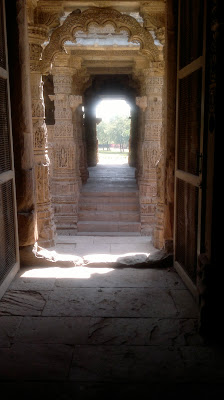 Posted by ahmedabad travel at 02:47 3 comments: